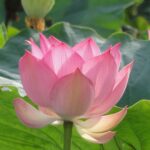 On January 19, 2011, Mayor Vincent C. Gray, the mayor of our nation’s capital Washington, DC, personally signed and issued a proclamation in which January 19, 2011 was proclaimed as His Holiness Dorje Chang Buddha III Day.

At the end of the proclamation, Mayor Gray emphasized: “NOW, THEREFORE, I THE MAYOR OF THE DISTRICT OF COLUMBIA, do hereby proclaim January 19, 2011, as ‘HIS HOLINESS DORJE CHANG BUDDHA III DAY’ in Washington, DC, and call upon all residents of this great city to join me in saluting him for enormous contributions that have helped enhance the lives of others.”

Who Is His Holiness Dorje Chang Buddha III?